The Northern Road and Bringelly Road Upgrade opens to traffic 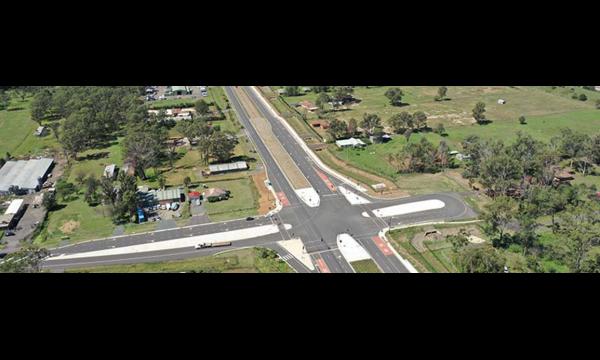 Construction on the Northern Road Stage 2 and the full Bringelly Road Upgrade is complete and open to traffic.

The upgrades included converting the section of The Northern Road between Peter Brock Drive and Mersey Road, along with 10 kilometres of Bringelly Road, to a four-lane dual carriageway with the 80 kilometre-an-hour speed limit reinstated.

The projects are part of the Western Sydney Infrastructure Plan which will support 4000 direct and indirect jobs.

Federal Minister for Population, Cities and Urban Infrastructure Alan Tudge said the delivery of critical infrastructure was part of the Morrison Government’s commitment to Western Sydney.

“Every day we are seeing the benefits of our investment in this region come to life,” Mr Tudge said.

“It’s not only benefitting people now, but these upgrades will capitalise on the economic benefits through freight and passenger travel to Western Sydney Airport in the future.”

New South Wales Minister for Transport and Roads Andrew Constance said these upgrades will support integrated transport in the area.

“Completing these upgrades is an important step in finalising the jointly funded The Northern Road and Bringelly Road upgrades,” Mr Constance said.

“Drivers are already seeing significant changes along a 35-kilometre section of The Northern Road thanks to sections completed to date.

“It is great to see another piece of the puzzle now complete.”

“The full suite of improvements on the revamped Bringelly Road will improve safety, increase road capacity and reduce congestion and travel times along this key arterial route,” Senator Payne said.

“The completion of this project is another clear example of the Morrison Government delivering the infrastructure Western Sydney needs to support local jobs and growth.”

State Member for Camden Peter Sidgreaves said it is fantastic to see the progress on the projects, funded under the Australian and NSW governments’ $4.1 billion Western Sydney Infrastructure Plan.

“This is all about supporting local communities,” Mr Sidgreaves said.

“A growing population will need infrastructure and jobs to stimulate economic growth, and the opening of this section of The Northern Road is a key piece of investment that will deliver for the community.”