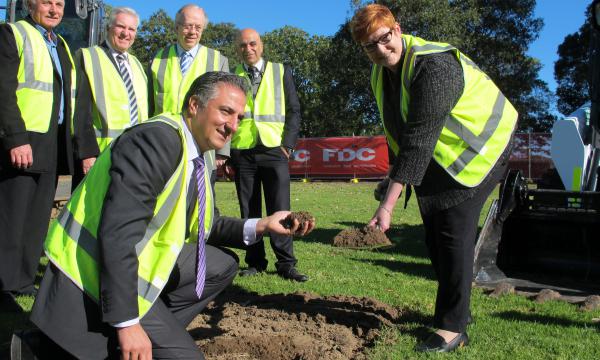 Work is set to start on Fairfield’s $9.96 million Youth and Community Centre with a sod turning ceremony being held today to mark the occasion.

“The Australian Government has committed $7.35 million towards the new centre, which will host a range of educational, vocational, recreational, cultural and social activities for young people,” Mr Truss said.

“This project will create 11 local jobs during construction and seven ongoing jobs, delivering an important boost to the region,” Senator Payne said.

“The new youth centre will feature two programme rooms, a large hall with office space for centre managers, a kitchenette, a reception area, a kiosk and a storage area.

“The facility will have WiFi, a security system with portable distress alarm, sports equipment and external landscaping with outdoor furniture.”

“This will be a wonderful place for young people and families to spend valuable time together, and I congratulate everyone who worked hard to get us to this point,” Cr Carbone said.

Construction is scheduled to be completed in August 2015 ahead of a November 2015 opening.