New round of funding to support Blue Mountains and Hawkesbury tourism 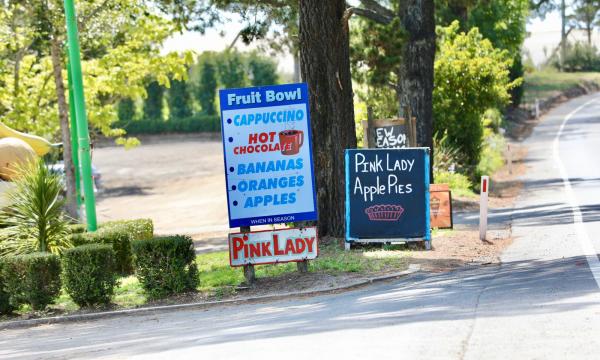 $200 million in funding for tourism-boosting projects in the Blue Mountains will be made available, encouraging more Australians to travel and experience a home-grown holiday.

The Morrison Government has announced there will be a Round 5 of the popular Building Better Regions Fund (BBRF), under the new Regional Tourism Recovery package, to be announced in the federal Budget 2020-21.

“This Budget will set aside $200 million for projects to boost local infrastructure in regional communities, $100 million of which will be dedicated to tourism-related infrastructure.

“We know every dollar spent on building local communities is a dollar well spent and that is at the heart of our economic plan for a more secure and resilient Australia.”

Liberal Senator for Western Sydney, Senator the Hon Marise Payne, said the government has a proven track record of supporting tourism and local jobs in the Blue Mountains.

“Funding has flown for the Blue Mountains Writers Festival, the Glenbrook VIC has been upgraded, and we have invested more than $3 million in the soon-to-be completed redevelopment of Echo Point,” Senator Payne said.

“The latest BBRF round could help some further other priority projects, so I encourage Blue Mountains City Council and other organisations to consider making an application for Round 5.”

Liberal Senator for Western Sydney, Senator the Hon Marise Payne, said Round 5 of the BBRF could be used to realise the Bilpin Vistor Information Centre (VIC) project.

“Hawkesbury City Council recently passed a motion supporting the idea of a VIC at Bilpin, and this follows on from my discussions with Councillor Sarah Richards and the Member for Hawkesbury, Robyn Preston, ealier this year about the project and the BBRF,” Senator Payne said.

“Establishing a VIC at the entrance of Bilpin would be a value-add for the region, and would help to create a pipeline of world-class tourism experiences which stratragically connect Hawkesbury to the Blue Mountains.

BBRF Round 5 will be delivered like the previous rounds, with Infrastructure Project and Community Investment streams. Grant Opportunity Guidelines will be made available shortly, consistent with the existing BBRF framework, to assist potential applicants.