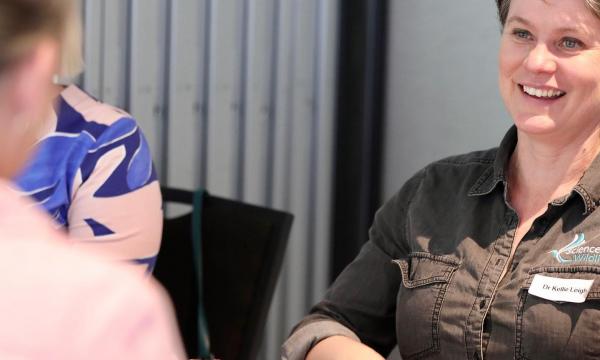 Further funding has been delivered to support the recovery of bushfire-affected habitat and wildlife in the Blue Mountains under the Morrison Government’s National Bushfire Recovery Fund.

The Blue Mountains World Heritage Institute will receive $130,000 for their project, Community Response for Fire Recovery in Blue Gum Forest and Grose Valley. The project will examine all parts of the valley ecosystem in relation to climate and fire, with modelling and future management scenarios mapped out. The Institute will work with the National Parks and Wildlife Service, Sydney University, volunteer citizen scientists from the Blue Mountains Conservation Society, Wildplant Rescue, WIRES and local bushcare groups.

The Blue Mountains Rhododendron Society of New South Wales will receive $12,500 to replace boundary fencing and stabilise a major watercourse running through the Blackheath-based gardens which will help protect the native Rhododendrons.

The latest round of funding is in addition to previous government interventions to help protect and rejuvenate the unique environment of the Blue Mountains National Park. Specific actions have included:

Liberal Senator for Western Sydney, Senator the Hon Marise Payne, said green shoots of recovery were springing across the Blue Mountains despite misleading statements by the Labor Party.

“Every step of the way the Morrison Government has been working with the experts to deliver solutions, including two roundtables which saw local organisations meet directly with the Minister for the Environment,” Senator Payne said.

“We’ve listened and we’ve delivered, the latest round of funding is further evidence of that, so it’s disappointing that the Member for Macquarie is playing politics with bushfire recovery yet again.”

Dr John Merson, Executive Director of the Blue Mountains World Heritage, who has provided feedback to the Minister for the Environment, and Dr Sally Box, Australia's Threatened Species Commissioner, welcomed the latest funding.

“The World Heritage Institute is delighted to receive this grant, as it will allow us to expand our citizen science supported monitoring program to the Bluegum forest in the Grose Valley, which was severely impacted by the fires of last year,” Dr Merson said.

“This grant will complement the monitoring and conservation program we are developing for the endangered Blue Mountains Upland Swamps through a Commonwealth Heritage Grant we received last year.”

“As with COVID-19 testing, our ecological monitoring program provides critical information on the impacts of extreme weather events. such as the recent fires on plants and animals, and will support partner agencies such as National Parks, Blue Mountains City Council and Local Land Services to develop early intervention strategies to address them."

The competitive grants process was run through the Business Grants Hub with applications submitted by incorporated and not for profit organisations, Indigenous organisations, local government authorities, community groups and volunteers.