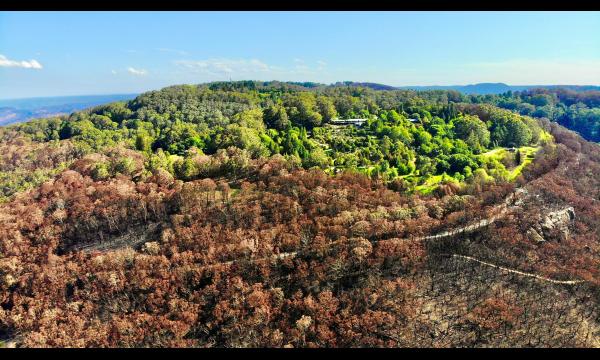 Five new projects will be rolled out across the Blue Mountains National Park to support the recovery of bushfire affected wildlife and habitat.

Over $1.1 million under Tranche 2 of the Morrison Government’s Wildlife and Habitat Program Bushfire Recovery Program will focus on conducting fieldwork surveys to assess the impact of the bushfires on threatened species, while seed collecting and vegetation surveys will help prevent extinction and limit the decline of priority plants.

Minister for the Environment, the Hon Sussan Ley MP, said the government was getting on with delivering its $200 million bushfire recovery package.

“While much of the national focus has understandably been on iconic wildlife, it is important not to forget about all our native species that were affected by the fires.”

“Delivering this second round of funding is part of the government’s ongoing commitment to protecting priority species, like the Broad-Tailed Gecko, to informing future fire management strategies and to shoring up the long-term resilience of the Park.”

In addition to the delivery of Tranche 2 funding, local co-design workshops for the Greater Blue Mountains and World Heritage Area are underway, with land managers, traditional owners, scientists and other relevant community stakeholders working together to identify further region-specific activities.

In February, Senator Payne organised a roundtable at the Institute for key environmental, government and community stakeholders from across the Blue Mountains and Hawkesbury to provide their feedback to Minister Ley and the Chair of the Wildlife and Threatened Species Bushfire Recovery Panel, Dr Sally Box.

Tranche 1 funding, announced in August, was delivered to restore the habitat of the endangered Blue Mountains Water Skink, the important Temperate Highland Peat Swamps which play a role in the filtration of water around bushland, and to protect and conserve nine priority frog species.

More information about work to support bushfire recovery for wildlife and habitat is on the Department’s website: http://www.environment.gov.au/biodiversity/bushfire-recovery or email: BRIT@awe.gov.au