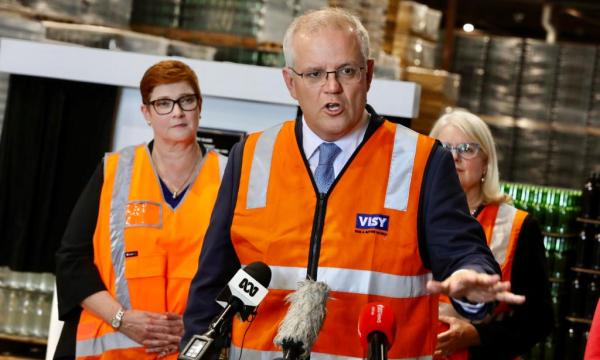 The Boosting Apprenticeship Commencements program, which provides a subsidy that covers 50 per cent of wages paid to an apprentice, is now fully subscribed, with 491 apprentices and trainees in the electorate of Macquarie already supported by the scheme.

The Program will now become demand driven and expanded for a full 12 months for new apprentices and trainees signed up prior to 30 September 2021.

It is estimated that this demand driven expansion will generate around 70,000 new apprentice and trainee places, with the Government investing around $1.2 billion.

Minister for Employment, Skills, Small and Family Business Michaelia Cash said training and skills were at the core of the Government’s response to the economic challenges faced by the COVID-19 recession.

“With 100,000 new apprenticeship positions already snapped up, it highlights the confidence businesses have in the future of the Australia economy,” Senator Cash said.

“Growing our skills pipeline is an incredibly important part of helping our economic recovery.”

The following number of people have already tapped into the wage subisdy:

Liberal Senator for Western Sydney, Senator the Hon Marise Payne, said training and skills were at the core of the government’s Economic Recovery Plan.

Thousands of people are already tapping into the wage subsidy program locally, this is evidence that the Morrison Government’s plan is working,” Senator Payne said.

“By extending this program, we are supporting young people to take up a trade and helping the businesses that employ them to grow," Senator Payne said.

The Boosting Apprenticeship Commencements was one of the COVID-19 skills measures announced as part of the $4 billion in apprentice wage subsidies.

Further information on the support available to eligible businesses and employees is available at https://www.dese.gov.au/boosting-apprenticeship-commencements.