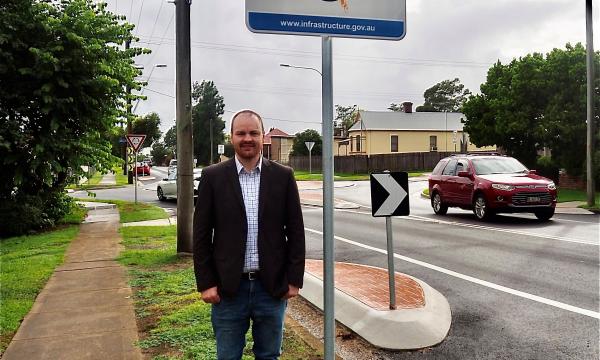 Four roundabouts funded under the Morrison Government’s successful Black Spot Program are now operational in South Windsor, boosting motorist and pedestrian safety and providing an economic stimulus to the region.

Construction works started in June 2020 and officially concluded in February 2021. The four roundabouts are:

Liberal Senator for Western Sydney, Senator the Hon Marise Payne, said the completion of the upgrades, together worth over $1.9 million, was good news for the Hawkesbury.

“I joined with Hawkesbury City Councillor Sarah Richards in 2019 to announce the funding package, so I am delighted to see these projects come full circle,” Senator Payne said.

“In addition to addressing safety concerns, these four projects also supported local jobs during the COVID-19 pandemic, which is critical.

“The successful delivery of these four projects highlight how the Morrison Government is working with Hawkesbury City Council to get results on the ground.

“We’re continuing to work with Council and the NSW Government to deliver better local infrastructure which is creating a pipeline of investment as part of our Economic Recovery Plan.”

The Mayor of Hawkesbury, Councillor Patrick Conolly acknowledged the works were high priority to improve motorist and pedestrian safety in the community.

“The funds provided by both our State and Federal Governments is helping us to improve these roads and reduce the risk of future traffic incidents at these Black Spots,” Councillor Conolly said.

“Council nominated these projects as we assessed them as high priority. In the current climate, it’s more important than ever that we continue to invest in projects across the Hawkesbury that support our economy.”

Since 2013, the federal government has invested over $1 million in local Black Spot projects where there is a demonstrated history of crashes occurring, such as on Springwood Road in Yarramundi. In addition, Hawkesbury City Council has been allocated over $5.4 million in funding under the Roads to Recovery program to support the maintenance of local roads.