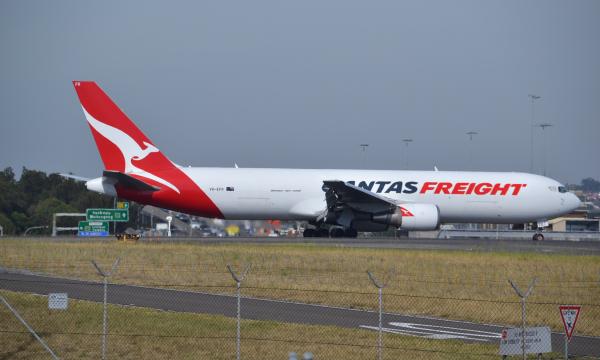 Western Sydney Airport has now entered Memoranda of Understanding (MOUs) with a total of 12 major international freight companies to collaborate on the design of the new freight precinct.

Toll Group and dnata are the latest freight companies to sign MOUs with Western Sydney Airport, signifying another step in the delivery of Western Sydney International (Nancy-Bird Walton) Airport, being delivered through a $5.3 billion Australian Government investment.

“These partnerships help pave the way towards a genuinely world-class facility. Ongoing discussions with freight companies about potential operations will be focused on maximising efficiencies delivered by the new airport,” Minister Cormann said.

Minister for Population, Cities and Urban Infrastructure Alan Tudge said that Western Sydney International will bring unprecedented economic opportunities to the region and that its freight capacity would contribute significantly to the tens of thousands of jobs generated by the new airport.

”Western Sydney International will provide an important freight hub in Sydney, with the advantage of 24‑hour air operations meaning that perishable or time‑sensitive Australian products could leave Sydney at night and arrive in Asian markets in time for sale the following morning,” Minister Tudge said.

Liberal Senator for Western Sydney, Senator the Hon Marise Payne, said Western Sydney International opens in 2026 it will have capacity for around 220,000 tonnes of freight a year – a figure which is expected to grow as the airport grows, with potential to handle around 1.8 million freight tonnes in the 2060s.

“Expanding the capacity of the freight network through the delivery of a cutting-edge freight precinct will help connect consumers with more goods from across the globe,” Senator Payne said.

Federal Member for Hume Angus Taylor said that all levels of government are working together through the Western Sydney City Deal to capitalise on the economic opportunity presented by the airport to deliver a vibrant Aerotropolis with industries that benefit from being close to an airport, including an agribusiness precinct adjacent to the airport.

“The collaboration of all three levels of government is already delivering outcomes for Western Sydney and the region will continue to benefit as airport construction progresses,” Mr Taylor said.

Federal Member for Lindsay Melissa McIntosh said Western Sydney International would be a catalyst for jobs and economic growth, bringing jobs closer to home for people in Western Sydney.

“The investment in Western Sydney and the Western Sydney International (Nancy-Bird Walton) Airport is unlocking potential in our community. With a number of emerging industries investing in our region, we have employment targets for local workers to make up at least 30 per cent of the workforce during construction and 50 per cent once the airport is operational,” Mrs McIntosh said.

“During construction over 11,000 jobs direct and indirect jobs will be supported and five years after opening over 28,000 full time jobs will be created, and we welcome investment from large, small and medium businesses.”