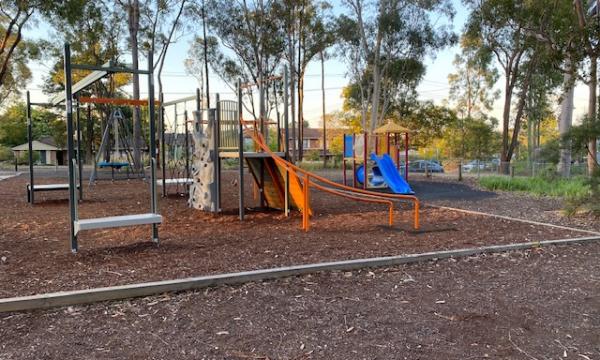 The Morrison Government’s commitment to upgrade St Johns Park in Blaxland is one step closer, with the government having now formally executed a funding agreement with Blue Mountains City Council.

New park amenities, like a picnic shelter and accessible toilet, plus the inclusion of line marking for accessible parking, will also be included as part of the upgrade.

Liberal Senator for Western Sydney, Senator the Hon Marise Payne, said the transformation of St Johns Park would ensure all children can play together in a fun and accessible environment, regardless of ability.

“Creating an inclusive playground is about designing a playground that can be enjoyed by all,” Senator Payne said.

“It’s also about making sure that parents, guardians and carers are confident that their local park is safe, accommodating and practicable.

“Locking in this funding follows on from the community consultation that Blue Mountains City Council have undertaken regarding the design of the playground.”

Senator Payne said the Morrison Government was working with Council through the Western Sydney City Deal to ensure more public amenities, parks and facilities in the Blue Mountains were more inclusive.

“Under the City Deal, funding of over $7 million will be provided to improve access to public spaces and community infrastructure,” Senator Payne said.

“In addition, Springwood Library will receive a multi-million-dollar upgrade, which will include a new accessible entry point from the existing car park.”

“These are important projects which will boost liveability and support local jobs.”

“Seeing this funding flow into the community is a great outcome, because after all, everyone should be able to enjoy open spaces equally,” Mr Daley said.

“We know from our own experiences at DARE that locals want and expect facilities and services to be inclusive and welcoming, so I want to commend Senator Payne for delivering this funding on what is a really worthwhile project.”

President of Blaxland Football Club, Steve Myhill, said the club was excited about the funding announcement.

“We see this is a terrific win for the local community because it will put a focus on getting outdoors, regardless of ability,” Mr Myhill said.

“With this funding coming through, it will improve the functionality of the playground and truly make it possible for everyone to enjoy St Johns Park.

“We’re really pleased that the design of the playground will include an accessible toilet, which is something that local parents, including myself, have long thought was needed.”

The upgrade to St Johns Park is scheduled to be completed by 30 June 2022. Blue Mountains City Council are the proponent for this project and have made a co-contribution.