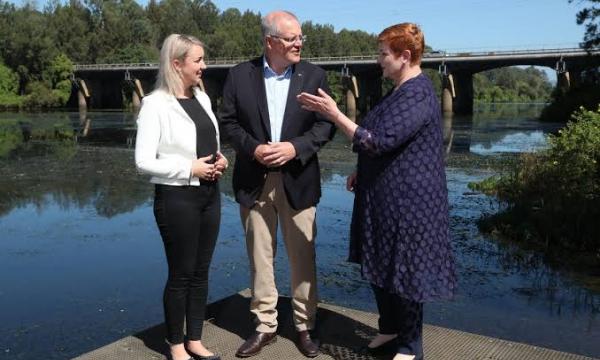 A range of potential routes for the Hawkesbury River Third crossing have been released by Transport for NSW, and the Hawkesbury community is invited to give their input.

The Morrison Government allocated $200 million towards the congestion-busting project as part of the Budget 2019-20.

Liberal Senator for Western Sydney, Senator the Hon Marise Payne, said she was pleased that this next milestone has been reached on the important project.

“Delivering major infrastructure projects like the Third Crossing requires detailed planning work and it is important we get it right,” Senator Payne said.

“Residents and community groups have multiple ways they can access the latest information about the project, including by attending drop-in consultation sessions, visiting the project page online, or by directly contacting the project team over the phone or by email.

“To date, the feedback from the Hawkesbury community has been very constructive and I look forward to continuing to work with residents and community groups to see this project through to completion.”

@MarisePayne
A first group of Australians will soon return from Peru after constructive work between the Govt and travel company, #Chimu. Our Ambassador @EmbAusLima is now working with to secure a slot for departure from Lima as soon as practicable. #covid19australiapic.twitter.com/gEOqu4mZ4d
2 April 2020 2:11 am
@MarisePayne
Statement welcoming the start of the MH17 trials in the Netherlands. Australia is determined to continue in our efforts to seek justice for the deaths of 38 Australian citizens and residents in the downing of MH17.pic.twitter.com/FWxtsp9eDL
2 April 2020 2:11 am