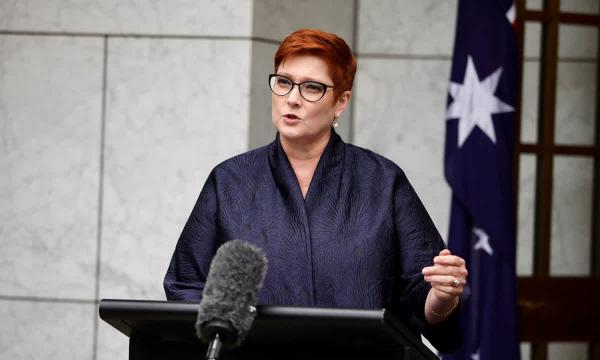 The Morrison Government’s plan to secure Australia’s recovery will rebuild our economy and create more jobs to ensure we come back stronger from the COVID-19 induced recession.

Liberal Senator for Western Sydney, Senator the Hon Marise Payne, said the recovery will create more jobs and set the country up for the future.

“Australia entered the crisis from a position of economic strength having brought the Budget back to balance for the first time in 11 years,” Senator Payne said.

“This provided us with the fiscal strength to support Western Sydney when we needed it most, including record funding for schools, hospitals, aged care, mental health and the NDIS.

“As part of our COVID-19 response, the Morrison Government has committed $291 billion, or 14.7 per cent of GDP, in direct economic support for Australians.

“Under our plan, the unemployment rate is forecast to fall below 5 per cent by late 2022. As a result of this support we are well on the road to recovery.”

Senator Payne said that in order to secure Australia’s recovery, the Budget provides an additional tax cut to more than 10 million low and middle income earners.

“This tax relief will see low and middle income earners benefit by up to $1,080 for individuals or $2,160 for couples,” Senator Payne said.

“This is more money to spend in local businesses, giving them the confidence to take on an extra worker, offer an extra shift, or buy a new piece of equipment.”

Senator Payne said that to support further job creation, the Morrison Government will extend temporary full expensing and the loss carry-back measure announced in last year’s Budget for another year.

“These measures will allow more than 99 per cent of businesses employing 11.5 million Australians to deduct the full cost of eligible depreciable assets of any value in the year they are installed until 30 June 2023,” Senator Payne said.

To cut the cost of living for local families and to help boost workforce participation, the Government is making an additional $1.7 billion investment in child care.

The Morrison Government will:

Senator Payne said that for those families with more than one child aged five and under in child care, the level of subsidy received will increase by 30 percentage points to a maximum subsidy of 95 per cent for their second and subsequent children.

“Increasing the Child Care Subsidy is an important measure that will help reduce the disincentives for women to participate in the workforce to the full extent they choose,” Senator Payne said.

“Everyone has a basic right to safety, equality and respect in our society, and we all have a responsibility to address gender imbalances in Australia to create real change and genuine advances for women and girls.”

Senator Payne said the infrastructure pipeline included new funding for the Appin Road upgrade, with the Budget delivering a further $18 million on top of the $50 million already invested in this project.

“The Member for Hume, Angus Taylor, and I are pleased to have secured this additional funding allocation for the Appin Road project, which will cut commute times and importantly, increase safety, on this key arterial route,” Senator Payne said.

As part of this pipeline, the Morrison Government will also invest over $2 billion in the upgrade of the Great Western Highway through the construction of the East and West Sections.

“Traffic in the Upper Blue Mountains, especially on weekends, is often bumper-to-bumper and lately it has been particularly bad due to the land slippage along the Bells Line of Road.

“We have heard these concerns and we are taking action. This project is part of the solution to addressing these traffic issues.”

The Great Western Highway Upgrade will provide a jobs boost. It is expected to support 3,902 direct and indirect jobs.

An additional $5.0 million in 2021-22 to deliver the Rural Financial Counselling Service to farmers in hardship.

The Budget includes funding for the establishment of a new Australian Climate Service as a national information centre to inform Emergency Management Australia and the National Resilience and Recovery Agency in responding to, and preparing for, natural disasters.

“Over the past few weeks, many residents will have tapped into the Rural Financial Counselling Service to assist them in navigating the payment schemes, so I am very pleased that the Budget allocates a further $5 million in 2021-22 to boost this essential support service,” Senator Payne said.

Under the Budget, a record $121.4 billion in 2021–22 and $503 billion over the next four years is being invested in the health and aged care space, providing more support to Australians in the face of significant health challenges.

“We will deliver 80,000 new Home Care Packages to help seniors age with dignity and respect in their own homes.

“For older Australians already in aged care services, $3.9 billion will be spent to increase the amount of front line care delivered to residents of aged care and respite services, mandated at 200 minutes per day, including 40 minutes with a registered nurse.”

Over $270 million will be invested from 2021-22 to expand and enhance headspace youth mental health services.

“Alongside relevant local stakeholders, such as the Nepean Blue Mountains Primary Health Network, I will continue to work with my ministerial colleagues to establish a headspace centre for the Hawkesbury,” Senator Payne said.