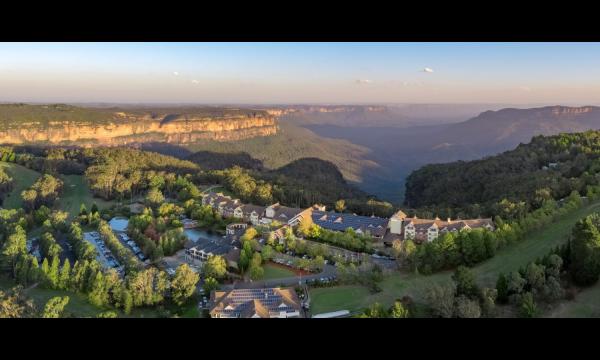 The Blue Mountains economy will benefit from the Morrison Government’s $50 million Business Events Grants Program, with a major national conference to be held in the Blue Mountains later this year.

“Business events are economic multipliers because we know attendees spend widely. They stay at local accommodation, shop at our small businesses and engage tourism operators, and this is why our government is supporting more major events to go ahead,” Senator Payne said.

“This latest investment is a key part of our tourism pipeline that is supporting experiences and events in the Blue Mountains.

“We are supporting the return of the Blue Mountains Writers’ Festival, and more recently, we have assisted with the relaunch of Blue Mountains Theatre in 2021 by providing funding to upgrade the theatre’s sound system, while also backing the Wanderlust Concert Series which ran across February and March.”

The Business Events Grants Program has been welcomed by the General Manager of Fairmont Resort Leura, Ben Mellor, who said the Conference will bring more than 250 delegates, suppliers, and partners to the Blue Mountains.

“Without the Morrison Government’s Business Events Grants Program this Conference may not have proceeded,” Mr Mellor said.

“With the return of business events post the 2019-20 bushfires, major events like this establish confidence. 2021 feels good with more events returning to the Blue Mountains region.”

Senator Payne said the government was backing the recovery of domestic tourism.

“Since the relaunch of Tourism Australia’s ‘Holiday Here This Year’ campaign in October last year, the Blue Mountains has continued to feature prominently in campaign creative to encourage Australians to get out and explore their own country by taking a domestic holiday,” Senator Payne said.

“Our government will continue to collaboratively engage with industry stakeholders in the Blue Mountains to deliver targeted support where appropriate.”