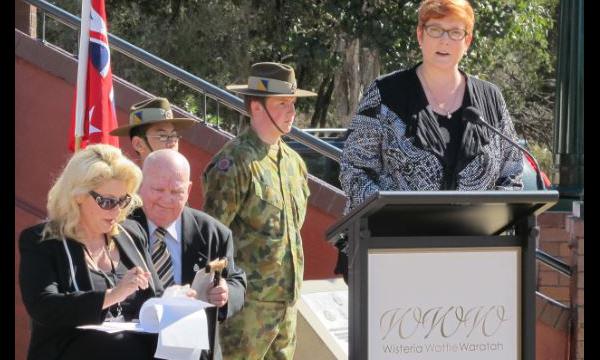 Veterans living in Western Sydney will have faster and more effective access to treatment for a range of disorders following the Abbott Government’s expansion of non-liability health care arrangements, Senator for Western Sydney, the Hon. Marise Payne, announced today.

Senator Payne said that under the new arrangements, Veterans who are diagnosed by a general practitioner or psychologist with conditions such as PTSD, depression and anxiety will be able to access free treatment programs without needing to prove a link between their service and their condition. Up until now, access to non-liability health care was limited to veterans who had a condition diagnosed by a psychiatrist.

“This is great news for local veterans living in Western Sydney, where it is much quicker and easier to obtain a diagnosis from a GP,” Senator Payne said.

“In our communities, many people have strong and long-standing relationships with their local GPs so this initiative will make a real difference in ensuring that our veterans can access these services quickly and locally rather than needing to first obtain a referral to a psychiatrist.

“The initiative also recognises that early diagnosis and treatment of these conditions greatly improves outcomes for those who are affected.”

“The Government previously expanded these services to include treatment for alcohol use disorder and substance use disorder and made changes to allow a greater number of people with peacetime service to be eligible for these treatments,” Senator Ronaldson said.

“The key to good mental health is to take action early and I encourage all veterans and veterans’ representatives to familiarise themselves with the new arrangements and to seek help that is available.”

For any further information on mental health support for veterans and their families, contact DVA or visit the At Ease website at http://at-ease.dva.gov.au.