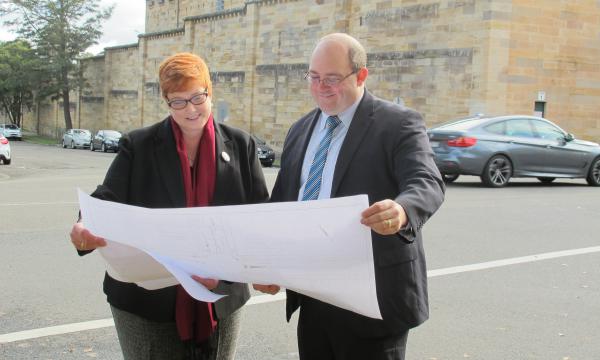 Senator Payne said the investment will deliver safer and more efficient roads for the electorate of Parramatta through targeted upgrades proven to deliver results.

“The good thing about the Black Spot Programme is that anyone can suggest an intersection or section of road they believe should be considered for a safety upgrade.”

Cr Lloyd said the Black Spot Programme helped Council to perform one of its fundamental roles – to provide safe and efficient roads for ratepayers and other road-users.

“Parramatta is already Sydney’s second major CBD and continues to grow, so it is crucial that we maintain our roads to a high standard for motorists, pedestrians and business-owners,” Cr Lloyd said.

“I would like to commend the Australian Government on its investment in our local infrastructure. These upgrades will help all road-users to get to their destinations faster and potentially save lives as well.”

Mr Briggs said the Australian Government's record commitment of $500 million to the Black Spot Programme in the 2014 Budget would fix more roads than ever before and fast-track better roads.
“As a result of our additional investment, an extra 110 projects will be funded in New South Wales over 2015-16,” Mr Briggs said.

“Based on the outcomes typically delivered by black spot projects, these extra projects are expected to save an additional 13 lives and prevent 671 injury crashes over 10 years, and deliver economic dividends of around $214 million.

The projects were recommended by a panel of independent road safety experts and will be delivered during the course of the coming financial year (2015-16).

Further information and nomination forms can be downloaded from: http://investment.infrastructure.gov.au/funding/blackspots/index.aspx