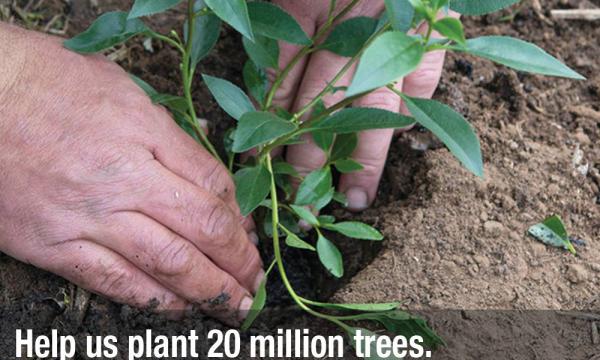 The Australian Government is inviting communities in western Sydney and across the country to get involved in the 20 Million Trees Programme with the first competitive grants round now open for applications.

"The 20 Million Trees Programme was a key Coalition election commitment and is a vital part of the Australian Government's National Landcare Programme," Senator Marise Payne said.

"The Government is investing $50 million over the next four years to re-establish Australia's green corridors and urban forests through the 20 Million Trees Programme."

"It's an important part of the Government's total investment in natural resource management which amounts to over $2 billion over the next four years."

20 Million Trees projects can be carried out in either urban or regional Australia, on public and private land, where there will be a community and environmental benefit to Western Sydney.

Senator Payne encouraged communities, groups and individuals in the local area to apply for grants between $20,000 and $100,000 to help set up their own 20 Million Trees project. Grants are also open to schools, local council, conservation groups and landholders.

"Funding can be used to re-establish native vegetation, and create greener spaces to improve the liveability of local communities while increasing and improving habitat to support our threatened species", said Senator Payne.

Applications for projects are now open and will close on 30 October 2014.

Project guidelines for the competitive grants round provide individuals and organisations with the information they need to apply for funding to start a tree planting project in their local area.

More information about the 20 Million Trees programme is available at www.nrm.gov.au/20-million-trees.