Marise with Productivity Bootcamp founder Paul Breen and Minister for Employment, Senator the Hon. Michaelia Cash during a campaign visit

Marise being sworn in as Minister for Defence by the Governor-General, His Excellency General the Hon. Sir Peter Cosgrove AK MC (Retd), following the re-election of the Turnbull Coalition Government

Marise with Dr. Sev Ozdowski of the University of Western Sydney at the UWS Women of the West Awards 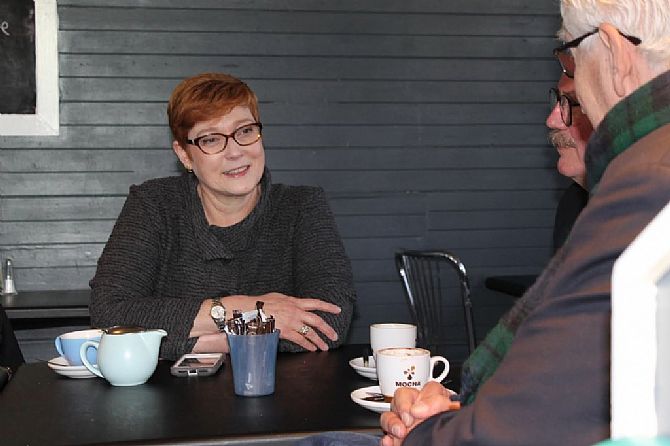 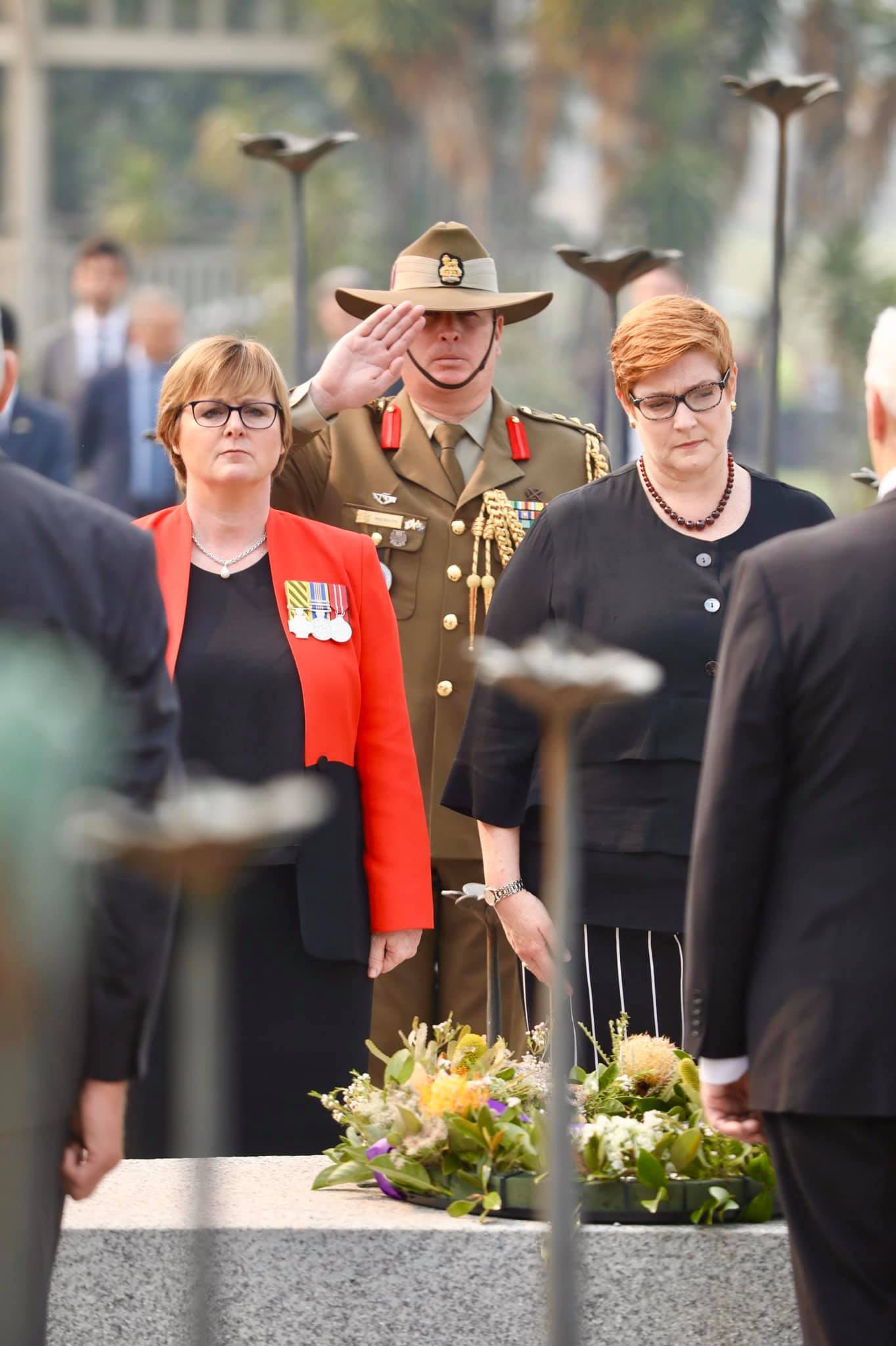 Five Ex-Service Organisations (ESO) in Western Sydney which provides advocacy services to veterans and their families have received funding as part of the Government’s Building Excellence in Support and Training (BEST) grants program.

Trading conditions, tourism, red tape and local projects are among the topics on which Liberal Senator for Western Sydney, Senator the Hon Marise Payne, is seeking feedback on from local businesses as part of a series of business surveys launched in the Blue Mountains, Hawkesbury and Parramatta.

(14:28): My question is to the Minister representing the Minister for Housing, Senator Evans. Given that the national housing shortage has increased by 14 per cent to 228,000 dwellings as at June 2011, according to the National Housing Supply Council's report Housing Supply and Affordability - Key Indicators, 2012, why is the government introducing a carbon tax that, according to the Housing Industry Association, will increase the cost of building an average new home by $5,200 after compensation?

Senator CHRIS EVANS (Western Australia—Minister for Tertiary Education, Skills, Science and Research and Leader of the Government in the Senate) (14:29): I suppose the first thing to say is that this parliament passed the carbon price legislation. This is legislation carried and enacted by the parliament that will come into force on 1 July. So the arguments about why we are doing it et cetera have been canvassed at great length in this place and we have successfully argued in the parliament that a price on carbon is a necessary economic reform for this country. Part of that is a package that we have introduced which has sought to provide assistance to families, pensioners and other members of the community to protect them against a rise in the price of things like electricity caused by the carbon price. That is the housing assistance package that the opposition opposed and they threaten to wind back.

We have focused very much on Australian families and the costs that they bear, including their housing costs, as part of the climate change assistance packages that we have put in place. Those assistance packages have been directed at middle- and low-income families, and those on fixed incomes like pensioners, to meet the costs of any flow-on effect from the introduction of a carbon price. But it is also true to say that this government have been absolutely focused on the housing challenge. We are the first government to have a housing minister in many years. As we know, the opposition when in government not only did not have a housing minister but cut public housing support by $3.1 billion. (Time expired)

Senator PAYNE (New South Wales) (14:31): Mr President, I ask a supplementary question. In addition to the $5,200, can the minister explain to prospective new home builders why the government is persisting with a carbon tax that will penalise them for building new homes, which by law also have to be more energy efficient than existing homes?

Senator CHRIS EVANS (Western Australia—Minister for Tertiary Education, Skills, Science and Research and Leader of the Government in the Senate) (14:31): I take from that that the opposition do not support improved housing energy efficiency. The Labor government are focused on energy efficiency as part of the reform process. It is absolutely the case that households can make a difference to the cost of their energy by taking proper and prudent measures to reduce their energy consumption. We have tried to build into a range of measures that we have introduced some commitment to those energy-saving approaches. That is absolutely sensible policy. It is policy that has been pursued by a range of governments of both political persuasions.

Senator CHRIS EVANS: It is the case, Senator Abetz, that having home insulation makes a huge difference to the energy costs for families. The reason people were keen to take up that program— (Time expired)

Senator PAYNE (New South Wales) (14:34): Mr President, I ask a further supplementary question. Can the minister explain how the imposition of a carbon tax that will drive up building costs will help to close the gap in supply that is now set to increase to 370,000 dwellings in this country by 2016?

Senator CHRIS EVANS (Western Australia—Minister for Tertiary Education, Skills, Science and Research and Leader of the Government in the Senate) (14:34): The government never claimed that the carbon price was designed to address issues of housing affordability in this country. Nor is it credible for the opposition to attempt to say every issue in Australian society or every issue that exists in the economy is a result of the introduction of a carbon price. Earlier this week we had Senator Brandis saying that digitalisation and the impact that that is having on the newspaper industry was not the driving factor behind the changes at Fairfax; it was in fact the fear of the introduction of a carbon price. Now, apparently, it is housing affordability! Where on earth does the opposition gets its economic analysis from? You have painted yourself into a corner. You know you will never remove the price on carbon. You know you will have an embarrassing backflip at some stage in the future and you ought to get real. (Time expired)

Labor continues to ignore the housing sector even as new ABS figures show dwelling commencements fell by 12.6 per cent in the March 2012 quarter in seasonally adjusted terms.

The national housing shortage has increased again under Labor’s watch by 14 per cent to 228,000 in the year to June 2011, according to a key report from the National Housing Supply Council (NHSC).

The NSW Government is to be commended for showing leadership on infrastructure to support new housing in today’s State Budget that is sadly lacking from Federal Labor, as Julia Gillard’s carbon tax fast approaches.

Labor continues to ignore the housing sector even as new ABS figures show the value of residential building work fell by 2 per cent in the March quarter 2012, said Senator Marise Payne, Shadow Minister for Housing.

Labor has again demonstrated it is only interested in clinging to power, with its cobbled-together plans for a $4.7 million seniors’ housing project at Julia Creek in a key crossbench seat in Far North Queensland.